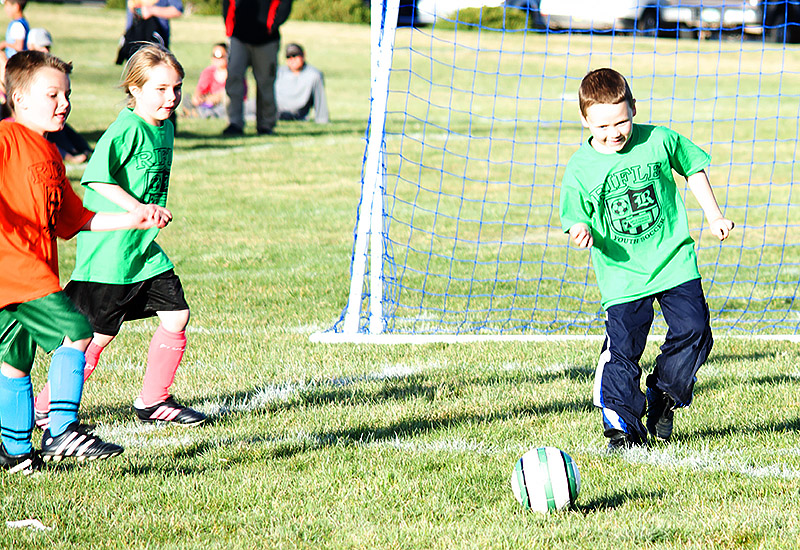 He was goalie most of the first game and did not hesitate for a moment to just fall on the ball, (much to my chagrin at the thought of another kid kicking him right in the face).  He blocked many attempted goals by the orange team, and scored one of the few goals for his team.

It was funny, to watch some of the kids who were more interested in chasing butterflies than guarding the goal, or the one kid  who decided she was thirsty and in the middle of a play and just ran off field to get a drink.  Since this was Max’s first time participating in an “organized” sport, I wasn’t sure how he’d do, but I was so proud of him, he remained focused and attentive the whole game.

He was very excited with our thrift store find of shin guards and soccer cleats for just a few dollars!