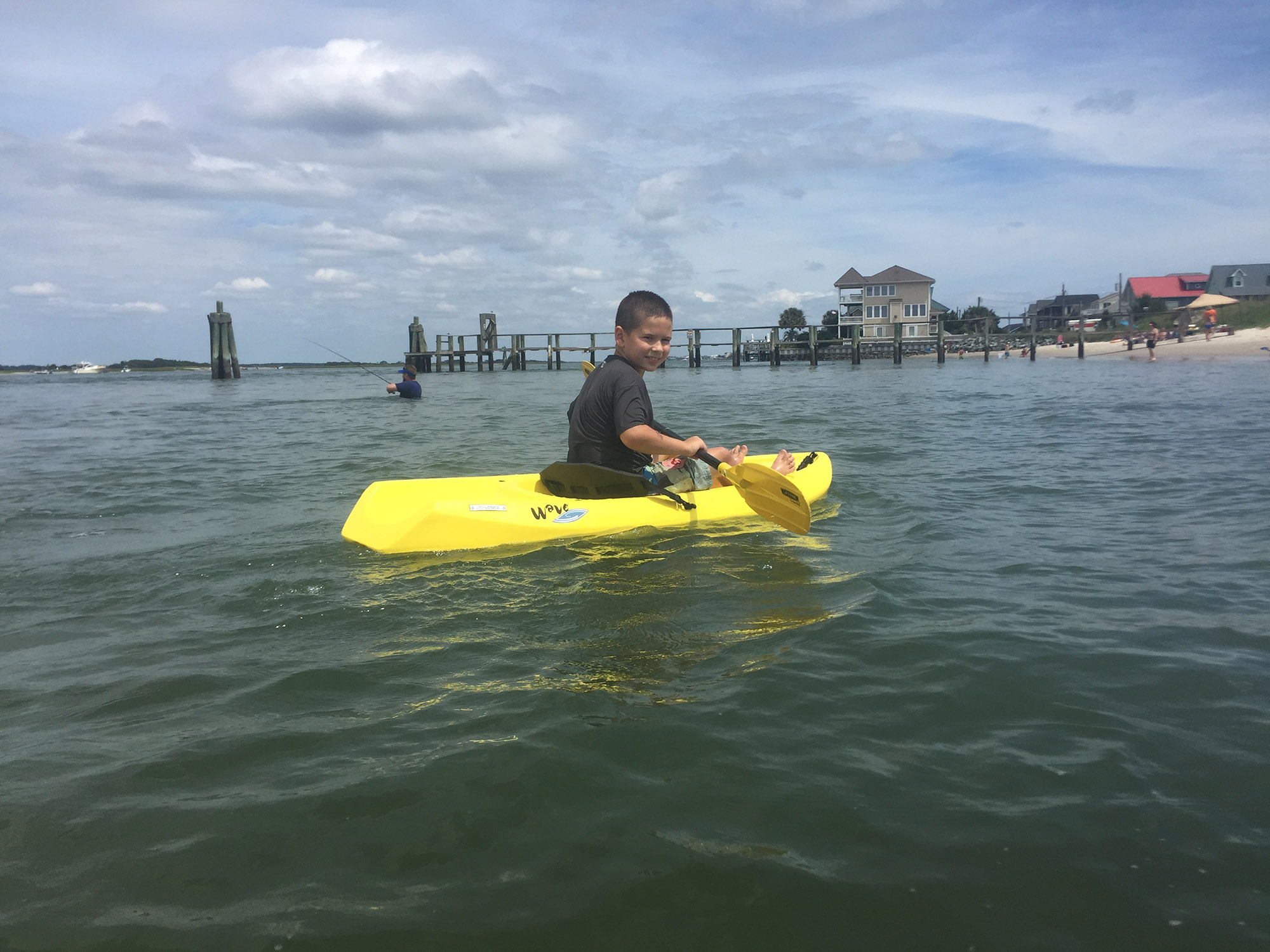 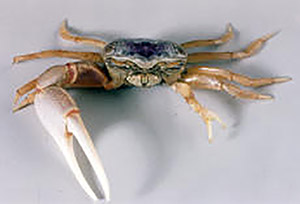 We went to a cool place in Topsail Beach NC today, called Crab Island.  We soon found out why it’s called that.  There were thousands of tiny Atlantic Sand Fiddler Crabs that crowd the beach along the sound.  It was so neat to watch them. They were very aware of our presence and were very good at avoiding us, diving down into their little sand burrows at the sight of any sudden movement. They were really cute, and very interesting to watch; we learned that they are “the most common crabs in the sandy shorelines of protected beaches, impoundments, and salt marshes.  They are found from the water’s edge up to the sand or mudflats along the shoreline.  In mosquito impoundments, they are often found on the roads above the perimeter ditches.¹”

The males have one significantly larger claw, but the females two front claws are the same size.

The male’s large claw is used primarily for communication and to threaten potential competitors, but is not used for feeding.

The boys enjoyed the beach at the sound with their cousins, each trying their hand for the first time at kayaking. Sam spent lots of time navigating the rushing current and the wake as boats and jet skis passed by.

I only had to fuss at one little boy who said, and subsequently demonstrated , that he liked to pull the male fiddler crabs’ large claw off. He didn’t seem to care what I thought though, but our 4 year old cousin told him “that’s mean!” and she was right.

Max and sweet T were a great treasure hunting team, but today was not to be the day that they would make their parents independently wealthy.  We’ll keep trying…